Warning: "continue" targeting switch is equivalent to "break". Did you mean to use "continue 2"? in /homepages/42/d76664844/htdocs/clickandbuilds/MaledivenSurfcharter/wp-content/plugins/qtranslate-x/qtranslate_frontend.php on line 497
 Booking

enDosurf… was founded in 1999
it was the starting point of seeking perfection in the ultimate surf trip.

Within these 20 years, we have continuously traveled the Maldives and created a comfortable happy place aboard the Assidha, in order to push the boundaries of effortless surf travel to further levels.

Offer us your desired price and we’ll give you approval or denial of your bid within 48 hours. You’ve got as many chances as you wish to bid on taking part in our anniversary package. Good luck and hope to see you aboard.

Yes, you’ve heard right, we are celebrating our 20th anniversary aboard the Assidha, we would like to invite you celebrate this event by cruising with us towards the northern atolls of the Maldives. We’ll be arriving in Male airport and settle in for a couple sessions in North Male Atoll and from here on head to atolls further north which are less travelled by common charter boat companies.

Many of you have been dreaming of this opportunity for quite some time. We’ve now opted to share the opportunity with you and celebrate our anniversary together with you aboard the Assidha. Come join us and become part of this expedition right in time for the Maldives´ main swell season.

Let us surprise you or read up about the northern atolls beforehand, but we´ll have some unknown highlights for you!

Don’t lose out and place your bid.

Our Route Layout:
The northern route is not to be mistaken as the most common North Male Atoll route. We’ll only warm up along these classic point setups and get in tune with surfing our best.

From here on we’ll move to the atolls further north and visit some breaks which have come to fame through rumours in recent years. From there on we’ll decide on our route back to Male depending on swell charts and avoid the beaten track. We’ll be making some miles on sea and hope to catch some fresh fish along the way.

That means we´ll cover the well-known North Male spots, as well as some newly discovered and sparsely documented reef passes further north, and on the western rim of the Maldives. This way we’re well prepared for SE and SW swells. 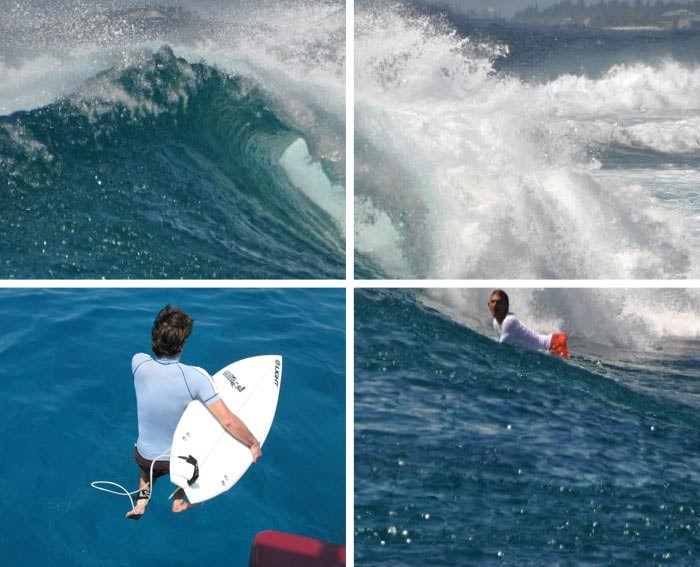 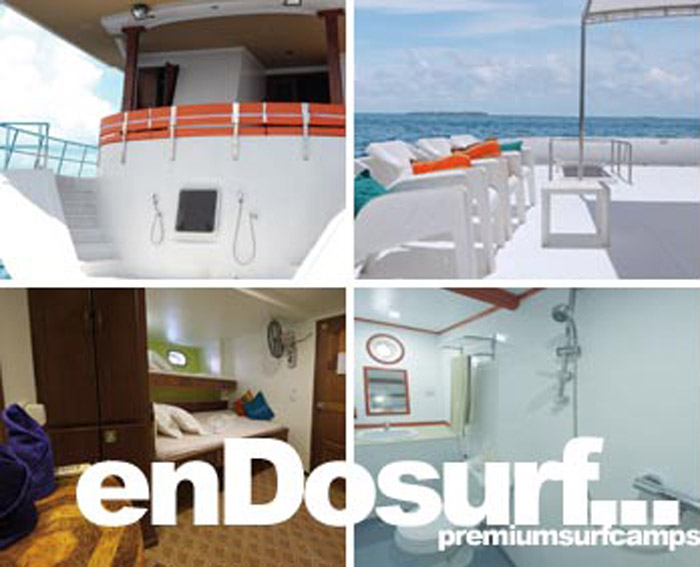